More Swedish fiction but definitely not up to the standard, which has been driven pretty high by the likes of Stieg Larsson‘s Millenium series, Fredrik Backman‘s A Man Called Ove and even Jonas Jonasson and The Hundred-Year-Old Man Who Climbed Out of the Window and Disappeared. 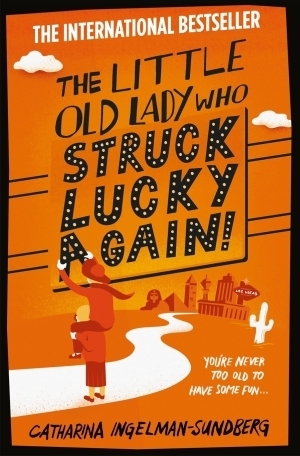 To be blunt, it was naff. It’s carelessly written and needs some brutal editing, the same things having been described over again, ad nauseam. When I read the first ‘League of Pensioners’ yarn, I thought it had a certain charm to it, which led me to venture on. But this was just too much of the same, a prime example of an inadvisable sequel, successful only in forcing the perpetuation of a tired idea.

You also get repeatedly bludgeoned with a wishy washy sort of ‘author’s message’ to do with the politics of Sweden, but it feels all wrong with the tone of the book, like trying to find meaning in an episode of Road Runner. Maybe it translated badly, but I wouldn’t recommend it.