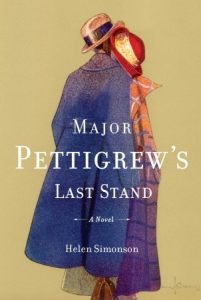 3.5 stars. The story was ok, if a bit disjointed –  I found my concentration wandering several times during unnecessary lengthy descriptions. The racism among the white middle class country club members may have seemed exaggerated but I grew up in a community full of toffee nosed tories and I can vouch for the fairness of their representation in this book! There was a nice dose of humour which I always appreciate (so many books with moral controversies as a key theme take themselves too seriously, which actually detracts from their impact). The major was a likeable character if a bit too stalwart to be realistic, and the plot was believable enough not to grate on my nerves. I would say this falls into a similar genre to JK Rowling’s ‘The Casual Vacancy’ although it is not nearly so good (TCV is among my top ten favourites). Nevertheless, an enjoyable read.